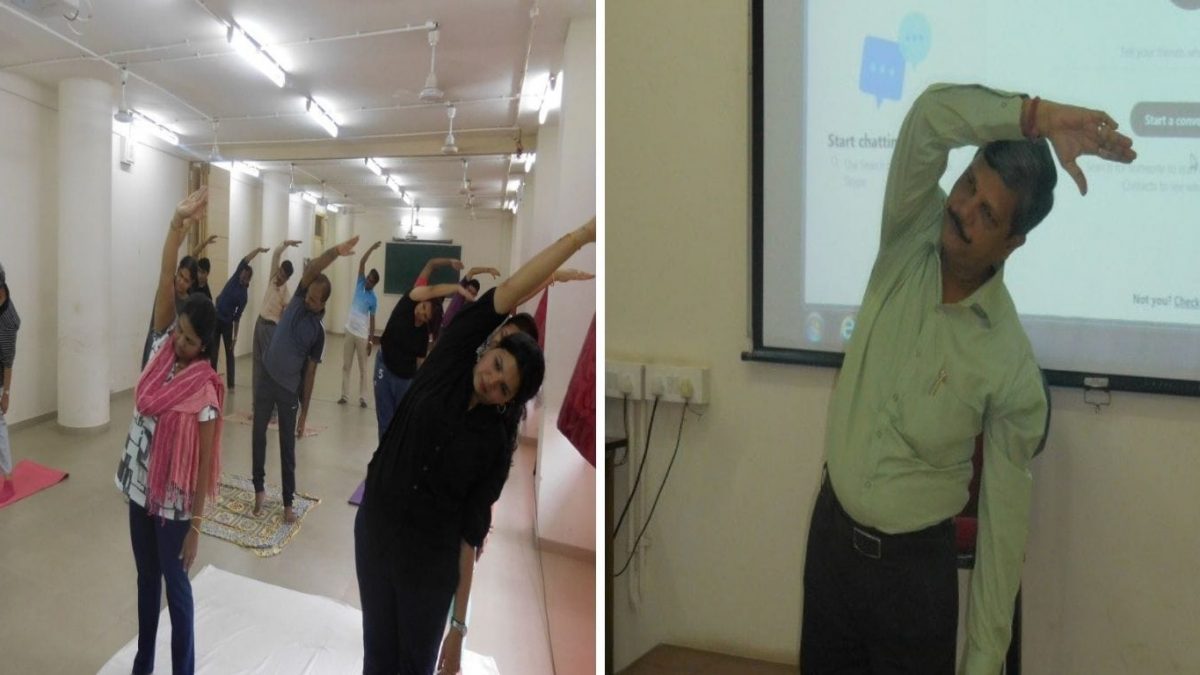 Yoga in Indian traditions is more than physical exercise; it has a meditative and spiritual core; it teaches breath control, simple meditation, and the adoption of specific bodily postures. It is widely practiced for relaxation of mind and body. The word “yoga” essentially means a path that brings you to reality. The practice of yoga helps to move towards an experiential reality where one knows the ultimate nature of the existence, the way it is made.

Mr. Manoj Varade is a certified yoga trainer from Kaiwalyadham Institute, and also works as PR in BEST. We invited him to train the staff and faculties of BGIMS. He started the session with some stretching exercise, few yoga postures such as Padmasana, Bhujangasan, Tadasan, Vahrasan, Pawanmuktasan, and  Uttasana etc and then moved on to breathing exercises, Aumkara and meditation. Throughout the session, Mr. Manoj Varade explained the benefits of doing yogas and concentrating on breathing. He also explained how regular practice of yoga helps in reducing stress and maintaining overall wellbeing of mind and body.

The faculties and staff felt relaxed after the yoga session.