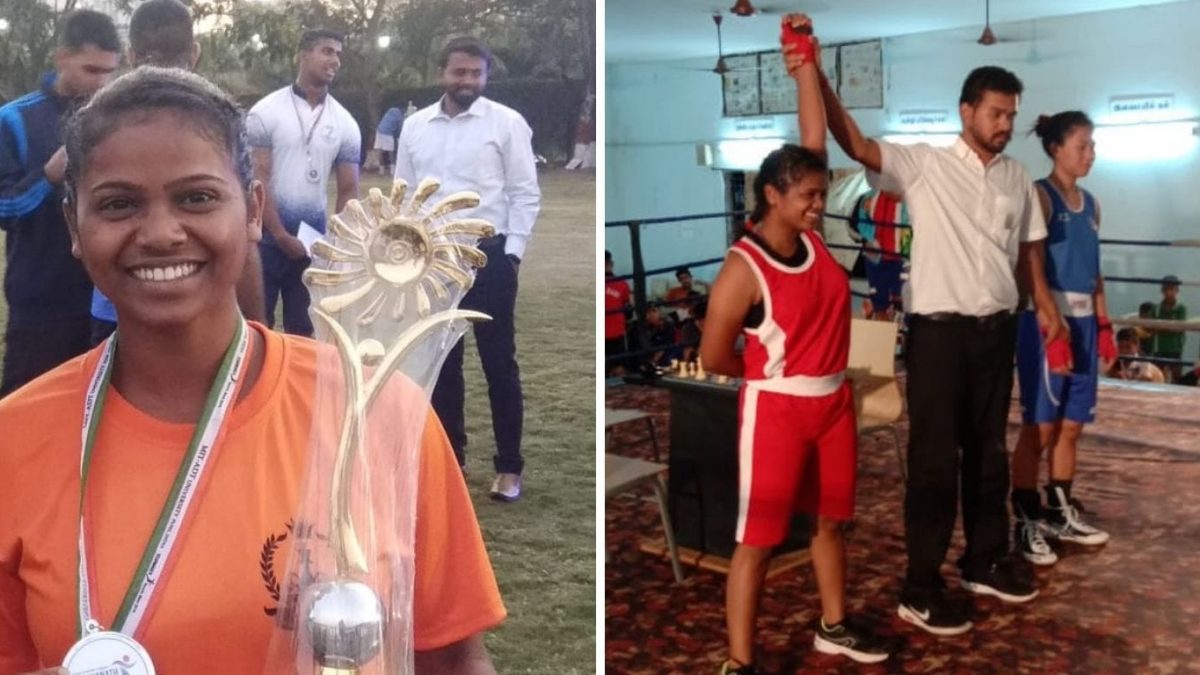 We are proud of our student of 1st year MMS Madhavi Ramchandra Gonbare who won gold medal twice in the world amateur chess boxing championship in 2017 and 2018. She has made the nation proud with her performance in many competitions such as national mix martial arts, national kickboxing championship, state level boxing, national chess boxing championship and many more. Recently on 27th march 2019 she won best challenger trophy and silver medal in the late vitthal Rao chavan memorial one day boxing tournament in Mumbai

There are a lot of people who have supported and guided wholeheartedly throughout her journey as a boxer. She is thankful to all of them. She thanks the BGIMS Management, faculty and staff for always motivating and guiding her.

What is the chess boxing? Chess boxing is all about boxers mental and physical capability in the game. it is a combination of chess and boxing. It was started by Iepe Rubingh in a 2001. A Dutch artist who borrowed it from in enki Bilal’s 1992 novel ‘froid equateur’ .

We wish Madhavi for her future endeavors!