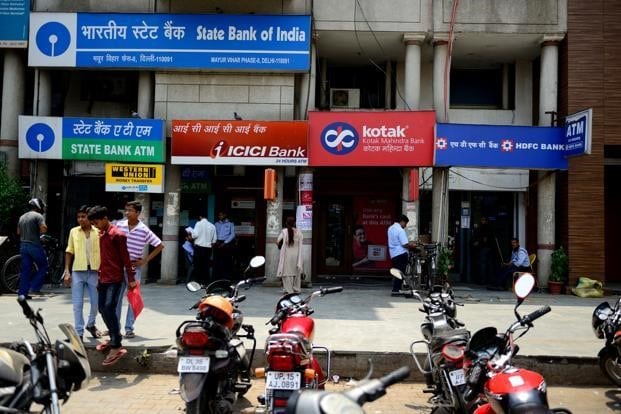 1. The data released from the Ministry of Commerce and Industries shows that the FDI inflows to India is reduced by ———–per cent to USD 33.49 billion during April-December financial year 2018-19.

3. Which among these agencies regulates housing finance companies in India?

4. Which out of these public sector banks in India is illustrating these days a blueprint for reconstruction termed as Nirman -II, in its second phase of restructuring with an objective to become India’s top nationalized bank in next few years?

5. In which year the original concept of Goods and Services Tax (GST) in the present form had come to India in a formal manner?

6. Recently we read in the newspapers that the Reserve Bank of India (RBI) plans to launch an outreach programme across the country to evolve a workable model for which of these?

7. Which of the following was the first corporation that collapsed due to the present Global Recession?

8. In which of these banks Government holding is 100%?

9. To make an online transaction after August 1, 2009 we have to enter an additional password as per the recent directions by RBI. It is commonly known as ————

10. Which among these would you advise as an appropriate investment plan for wage earners and unorganized workers?

11. Which among these programs was conceived by RBI to fill the gap existing in the formal financial network and extending the outreach of banking to the poor?

12. In which year RBI had introduced a Banking Ombudsman Scheme?

13. On ————-the Government of India announced the demonetization of all Rs.500 and Rs.1000 banknotes of the Mahatma Gandhi

14. The calculation of Sensex involves dividing the Free-float market capitalization of ——– companies in the Index by a number called the Index Divisor.

15. —— is a document that accompanies a prospectus for most initial public offerings (IPO), and describes the basic terms of the offering that are of the most important to a registered representative.

16. ———— is the Sensex’s counterpart on the National Stock Exchange ( NSE)

17. ————-is an investor who purchases shares in the expectation that the market price of that company’s share will increase.

18. The Government of India has recently planned to invest $ 6.8 billion as capital in ———state-run banks to ease the trouble.

19. For Bank Loan Rating Process & Methodology ——-is the best rating agency in the world; its rating is highly respected.

20. Which is more popular Sensex or Nifty?